“In the course of my travels, I sometimes cover my old collages degraded by time or by the hand of man.”

from urban art to scotch art

How did you get into Urban Art?

In 2006, as part of the exhibition “Aux Arts Citoyens”, the organizers of the event offered me the chance to present my collage technique with transparent tape. That’s how I found myself participating in an exhibition with urban artists without being one!

After a few months, I switched to the street by creating a dedicated family of characters. As time went by, these silhouettes grew and I started to dress them. I never used Scotch Art in the street but traditional collage, using wallpaper glue.

On canvas, my attention is more focused on the qualities of varnish and glue and I keep my manufacturing secrets .

Could you come back to this technique of Scotch Art, an interesting material that allows you to play on accumulation and transparency, and to the reason why you registered your trademark at the INPI?

I registered FKDL as a trademark even before I set foot in urban art, when I started Scotch Art in 2000. It’s a technique to which I associated my name, but it’s not an invention. I am not the owner of this form of creation, which was first invented by Gil Joseph Wolman. He died in 1995, I didn’t know him, but I had the chance to talk to Villeglé, who had done several exhibitions with him. A French filmmaker, visual artist, poet and writer, he was close to Guy Debord.

My name is now associated with a technique of collage with transparent adhesive tape, for a simple story of paternity. But I have introduced many people to this technique, and as soon as I make a demonstration, the person learns it. It’s also a very good way of exchanging and making contact, especially when there’s a language barrier. I don’t have the soul of a teacher but I like the idea of transmission, sharing and exchange.

What is your creative process when you create works for the street?

For the street, I work from coloured tablecloths on which I draw a character whose body I dress with collages from old magazines from the 20s to the 70s. I prepare everything in the studio so that I don’t waste time when it comes to installation. Mixing glue and acrylic paint requires different stages of drying that must be respected. For certain occasions, I sometimes work to measure in order to integrate it as well as possible in the urban landscape, just as I can use only paint if my work must be perennial. I like collaborations on canvas as well as on walls and I don’t work with sprays.

work on the body and movement

The important place occupied by the human body in your work can refer to your different training, whether it be fashion or circus.

Since my first steps I have been creating characters. At the moment I work a lot on the gaze. My work is often discovered in three stages: first the coloured background, then the shape of the body and finally the collages in the character. All the gestures and body dynamics that can be found in my work are related to the circus, even if I became aware of it later. After the baccalaureate, I did a year of fashion drawing and two years at the circus school, which intimately marked my career.

Part of your job is to collect the different media that you will use as creative material.

Since I was 20 years old, I’ve collected a lot of images through magazines such as Cinémonde, Paris-Match, Les Petits Echos de la Mode… A few years ago, I bought a huge stock of Mon Film magazine from a former bookseller, dating from 1946 to 1958: what was great was that every week there was a different sepia print! From then on, I sometimes spent days and days leafing through magazines in order to build up a series of images. Today my stock is more than 10,000 copies of all kinds.

So it’s related to the cinema.

I had organized an exhibition at the Cinéma des Cinéastes, collaborating with four artists on the theme of the film poster. My initial idea was to make twenty-four paintings, like the number of images/second in the cinema, each poster being a nod to a genre, an actress or an author. Neither artist knew what I was doing with the other. So there was a painting on Alfred Hitchcock, one on Marilyn Monroe, one on Bette Davis and one on American horror films from the 50s à la George Romero. Interestingly, of the four participants, two were self-taught and two had studied in art schools, and this was evident in the approach and the process of work.

I also collaborate with the Pagnol family. They had asked me in 2010 for the tenth anniversary of the Marcel Pagnol Prize and since then I have been making a painting every year for the invitation of the literary prize. They entrusted me with original posters, a real treasure with which I try to bring, in my own way, modernity in my creations.

Have you always wanted to work on those old mid-20th century magazines?

It gradually came to me. I started accumulating these old magazines during the 80s, only because I liked their iconography. At first I wasn’t interested in collage because I thought it was old-fashioned. I was most influenced by artists like Villeglé, Matisse or Picasso. I’m interested in all periods, but I have a pronounced preference for periods after the 1970s.

One of the specificities of paper is that as a material it already has a history.

In 2009, for the “Metro World” exhibition at the New Heart City gallery, I had collected shreds of advertising posters dating from the 1960s at the Saint-Sulpice metro station, which I used to create the background for my paintings. These extracts of posters looked more like silkscreen printing than the pointillism found in printing today. Through recycling, I bring back to life all this paper material composed of texts, shapes and colours.

I then decided to use a Cinema World on canvas. The date of the magazine was used as the title and on the back of each play I wrote the names of all the actors and actresses used in the composition. I was interested in the historical dimension of this approach: if I spoke to a cinema-lover, he or she could find the people portrayed. I like to use paper in this perspective, giving it a new dimension that allows me to tell stories with little means. I never get tired of the collages I make in the street. In the course of my travels, I sometimes cover my old collages degraded by time or by the hand of Man. I like recurrence and I have taken over certain spots over the years, in Paris or elsewhere.

Your work thus echoes the theme of memory.

The most beautiful illustration of this idea was a collage made near Beaubourg, at the corner of rue Quincampoix. I have made so many collages there that one of my recurring characters refers to it: “Madame Quincampoix”. One day at this crossroads, while I was taking some distance to take pictures of my last posting, I see an elderly couple in the middle of a discussion about this collage. There was in my composition the photo of this woman, who was younger, who had been in a film, and who had just found herself there, on the wall in front of Beaubourg. A great moment of emotion.

What is your relationship with the ephemeral nature of urban art?

I can work a lot on a collage in the studio, almost as much as on a canvas, but once I’ve glued it, it no longer belongs to me. For almost 10 years now, every January 1st, I’ve been making a collage with the number of the year. This year I did it at Centquatre but twice in a row it was in Belleville. The first one I had put on a small hut leaning against the merry-go-round at the crossroads had stayed six months. The following year he disappeared, leaving me just enough time to have a coffee. It’s part of the game and if you don’t accept these rules you don’t stick to the street. In this, the urban space serves as a field of experimentation for me: once I have designed a character, I will first position it in the street to see how it is perceived, by me and by others. If it works, I will then stage it on canvas.

Meeting with two Iranian brothers who, after starting with stencil, now put Conceptual Art at the service of a committed work.

Meeting with Beerens, who draws on his love of diving and schools of fish to create urban frescoes inviting to meditation.

Meeting with an artist who has been drawing three elegant lines in chalk all over Paris for a few years now, resisting time by slowly fading away. 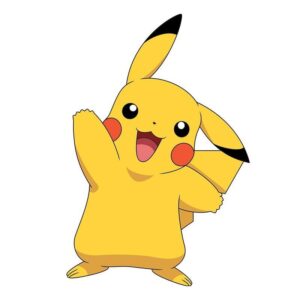